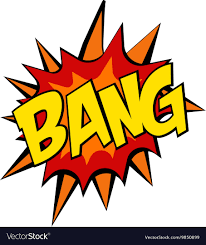 Not sure about college?

Questioning where you want to go or where to even start looking? Lucky for you the guidance department will be hosting a local college on the 2nd Friday of every month to come talk to you during WT!

All you need to do is fill out the attached google doc and you will be invited to come listen to and be able to ask questions to a college representative.

Our first College will be Grace College on Friday January 10, 2020.

The Miss Kosciusko Scholarship Program is now accepting applications to be a contestant in the 2020 Miss Kosciusko Pageant. Girls between the ages of 13-25 can compete. Winners can win anywhere from $50-$1000.00 in scholarship money! Girls will compete in 5 categories: Interview, Talent, Fitness (teens only), Evening Gown, and On-Stage Question. The winner will go on to the state competition in June. The deadline for getting your information in to me is the February 7th! Resumes/entry forms can all be emailed --no postage or US mail is necessary.

The competition is on Saturday, February 15, 2020, at Wawasee High School in Syracuse. Email the Director of Miss Kosciusko Amy Miller at amiller@wawasee.k12.in.us for information and instructions on how to enter.

On Sale Now! Performing Arts shirts! Whether you are in band, choir or theater you should have one of these shirts! If you want to support the arts at WHS then you should buy one also! They are available in Mrs. Bonner's room. (A108) If she doesn't have your size, she can order you one!

The Gymnastics team competed in the LaPorte Pairs Invite. The team had a good performance.

The Gymnastics team competed in the Elkhart Invitational. Aundreya Wegener led the team taking 1st on floor and Talia Kuhl led the Warriors on vault.

The Wrestling team competed in the Team State tournament at the Fort Wayne Coliseum. Logan Stuckman and Jace Alexander went 4 and 0. Dylan Tom, Tim Shortt, and Logan Baugh went 3 and 1.

The Varsity Girls Basketball team competed in the Brebeuf tournament. They defeated Brebeuf 61-19. Hannah Lancaster led with 13 points and 5 steals. In game 2, they lost to Norwell 37-68. Becca Smith led in that game with 8 points.